In the framework of the third call for projects of the “Science Offensive” initiative of the Trinational Metropolitan Region of the Upper Rhine, 7 new projects of scientific excellence have been selected after a competitive selection procedure. The project leaders, together with several representatives of the partner regions and of the INTERREG programme, were gathered in Bühl, Germany, on Wednesday 11 September 2019, for the official launch of the selected projects.

Through the “Offensive Science”, the Region Grand Est, Baden-Württemberg, represented by the Ministry for Research, Science and Art, and Rhineland-Palatinate, represented by the Ministry for Research, Further Education and Culture, in cooperation with the INTERREG V Upper Rhine programme, are supporting research initiatives that are both of high scientific quality and make a concrete contribution to solving the major economic, social and environmental challenges facing the Upper Rhine. The project partners – research institutions, companies, administrative bodies and associations – work together to develop new products, services or technical solutions.

In practical terms, over the next three years, the research teams will focus on topics such as autoimmune diseases, the improvement of energy storage systems for electric vehicles, the supply of renewable energy to decentralised electricity networks, the continuous monitoring of pesticides in drinking water and plant protection.

The projects were formally approved by the INTERREG V Upper Rhine programme monitoring committee at the end of June. Thus, applied research in the Upper Rhine will benefit from 8.5 million euros over a period of three years, distributed as follows:

1.6 million provided by the New Regional Policy, funds from the Swiss cantons and the projects’ Swiss scientific partners. Since the creation of ‘Science Offensive’, 21 project consortia have been selected and supported, for a total amount of more than 25 million euros.

During the event, regional representatives, scientific institutions and economic circles discussed the results and prospects of cross-border cooperation in research, innovation and technology transfer, highlighting its contribution to the development of the cross-border region and the role of support instruments such as “Science Offensive” for the emergence of new innovative research projects.

Further information about the selected projects 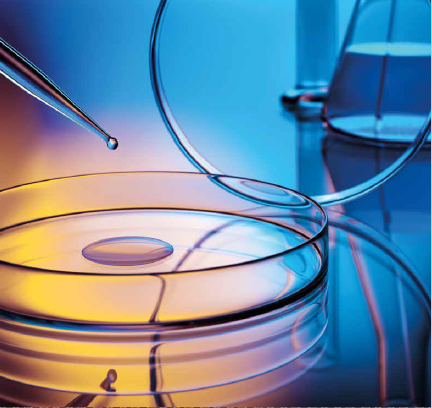 Bärbel Schäfer, President of the Regierungspräsidium of Freiburg, stressed that “the Upper Rhine cross-border cooperation area is characterized by the density of an extraordinarily diverse research and higher education ecosystem whose excellence is internationally recognized”. The long-standing cooperation between scientific actors along the Rhine in France, Germany and Switzerland is indeed an essential element of cross-border cooperation.

Winfried Lieber, rector of the Hochschule Offenburg and Spokesperson of the Science Pillar of the Trinational Metropolitan Region, emphasised “the contribution to regional development, competitiveness and innovation capacity of the cross-border region made by the universities, engineering, architecture and management schools, as well as the many other higher education and research establishments”, and the importance of perpetuating tools such as the Science Pillar or the Science Offensive, as a unique platform for scientific cooperation in the Upper Rhine.

Claudine Ganter, President of the International and cross-border relations commission of the Grand Est Region, President of the Rhine Council, emphasised the importance of cross-border cooperation for the Grand Est Region, as well as “the innovation potential of the cross-border region in connection with major international challenges such as artificial intelligence or sustainable development, represent a remarkable potential for the development of new fruitful cooperation. We must always support them, accompany them and encourage them. This is essential for the future of our regions, and it is the common commitment that brings us together today! “.