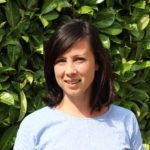 Officer for the Coordination Office

Julie Corouge studied history and political science in Rennes and completed her studies in Strasbourg in the European field and Franco-German cooperation in Strasbourg. Since 2011, she has been working on research and innovation cooperation, first in the Greater Region and now in the Upper Rhine region. She supports the work of the Science Pillar in various fields of activity, such as advice on cross-border research and innovation projects and the development of tools and best practice manuals. It is also responsible for the management of the INTERREG project and public relations. 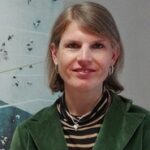 Officer for the Coordination Office

After studying French, English and German philology, Maria Hegner was initially a research assistant at Saarland University, where she completed her doctorate in 2013. Since 2014, she has worked at various scientific institutions in cross-border cooperation in the Greater Region, namely at the University of Applied Sciences (htw saar), the France Centre at Saarland University and, most recently, at the grouping University of the Greater Region – UniGR. In the coordination office of the Science Pillar, she supports in particular the strengthening of cross-border knowledge and technology transfer in the Trinational Metropolitan Region Upper Rhine. Her tasks include advising the academic community and networking.